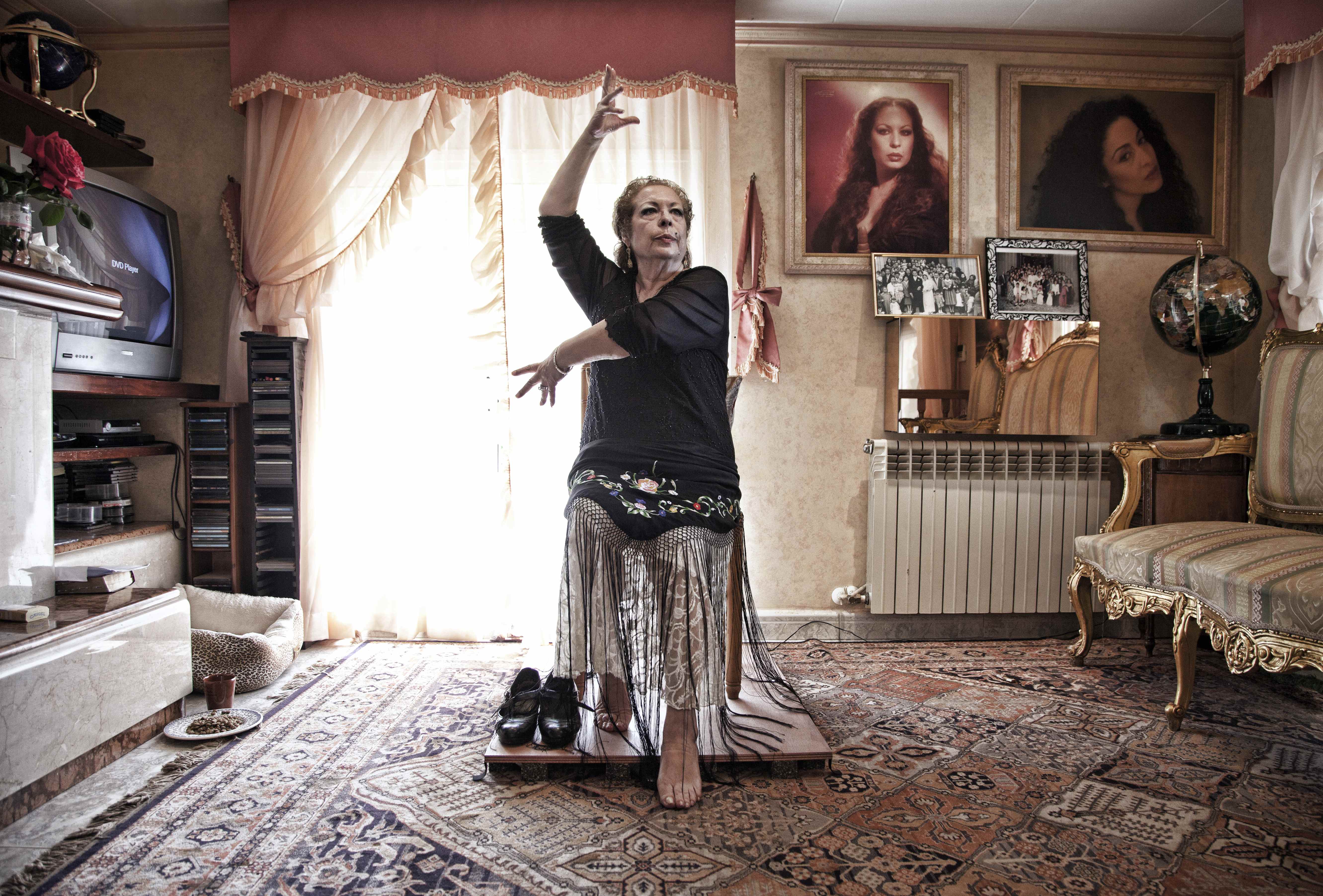 After the screening of the film „La Chana“ in Amsterdam during the Flamencobiennale there was a public talk with director Lucía Stojanovic and Virginia Pablos, director of the spanish filmfestival in Amsterdam. La Chana is one of the most fascinating figures in flamenco history and still a reference for the stars of today. Peter Sellers saw her dancing and invited her to dance in one of his movies „The Bobo“ in 1967. Hollywood was calling but at the height of her carreer she left the stage and stopped dancing.

How did you come to do this film?

Actually in many ways this documentary came to me ,4 ½ years ago I was taking some flamenco classes in Barcelona with Beatriz del Pozo and one day she asked my if I wanted to have lunch with her because she wanted to present me to her maestra, an amazing flamencodancer who had done rhythmic things that nobody else had done. She said that nothing had been done about her and she asked me if I was interested to meet La Chana and I said, absolutely, of course. And she showed me the scene of the BOBO , the film of Peter Sellers and when I saw this I said, Oh please, let’s go now. And so we went to La Chanas house and she prepared one of her famous paellas and she told me her story and at the end of the meal we had decided that we would do this film.

The first shoot was actually the one where she does the recital in front of the fire and when I saw this I said „This will be a big project but a wonderful one and this is how it started and 4 ½ years later we finished it.“

There are many very intimate moments in the film. How did she open her house and her home to you?

La Chana is a very warm and open person, so she opened very quickly at one level but then it took time to get to a deeper level to get the intimacy we wanted because initially she would see the camera and started acting for it, you know, she is a performer and in the beginning she was worried about male camera persons coming in to shoot so for the first shoot she was like „Only you and you have to say that you are a student of mine“.

It took some time but a little bit later it was ok for the camera guy to come and now the camera guy is like a son to her and she loves him , it was a question of being there so that she got confortable with us and that it became like family.

Well, after the film came out she is on fire again, before she had done some tiny performances when other artists asked her to come on stage , but now she really wants to perform again and she is in contact to some producers in Spain to do a tour if her health permits , she was 70 on Christmas.

Has the film been released in Spain?

Not yet. We do have a cooperation with spanish television and a presell from TV3 so it will be shown on TV in Spain next year, in 2018, in the meantime we are trying to see if we can show it on some festivals in Spain in spring and we are looking for cinema distributers, we have a Pre-Premiere date at the National Theatre in Barcelona, so we are going to show the film in the same theatre where she danced in the end.

There is a moment in the film where you can hear her breathing heavily, a very special moment.

Well it’s there that the emotion is really charged and in fact it was my idea , inspired by a wonderful line at the press releases of the NYTimes and it was like „La Chana is so strong in her legs in the loudest moments as she is when she is dancing at the edge of silence. And that was such a beautiful sentence that we said we have to capture that, because it is really true. It is like she dances in the silence. It’s like the dancing is continuing even if she isn’t dancing anymore. We tried to apreciate also the other side, that vacuum.

But it’s true, there is a little manipulation there, in the film, because what happened in the National Theatre was that she wanted a silence but the audience started clapping and so we recreated a silence.

What made her accept that you could do the film?

Maybe it was simply the right moment at the right place. First she expressed her interest to tell her story to Beatriz del Pozo, who then contacted me. Bea was a key player in this because La Chana trusted her and as Bea recommended me, she automatically was not too weary about it

And I also think that it was a kind of a help that I was a foreigner , I have an accent when I speak spanish and this put me in a position like I don’t know and they feel a kind of power and then they release themselves , they feel comfortable.

And with La Chana it worked and after a short time there was a kind of intimacy. But there was also one key moment when we started and she was giving us a tour of her house in front of the camera and it was really curious because it was like „This is my rose garden, this ist his, this is that and at one moment she stopped and we said: „This is not what the film needs to be about . You can give so much, there is so much there, in you and in your life, we have to go deeper and she looked at me and was like : Ok, now we can start.

How is your relationship with Flamenco?

I have always appreciated this artform, my brother played the guitar and had a big collection of flamenco music and I was taking classes. I really appreciated it but I didn’t really feel it until I went to Spain and when I met La Chana I got an idea of it’s dimensions because this was definitely another level, another heigth. Flamenco is a georgeous artform with so many nuances and possibilities , it has such a complexity in it, there is such a lot there…

What were the reasons that she stopped dancing? Because she did it twice…

At the first time she was made to stop by her husband who was also her manager, it was not a volontary thing, she was stopped at her best moment and then started again after many years because she needed the money and when she stopped for the second time it was also because of a man but for very different reasons , the second time it was out of love because she wanted to stay more with Felix, her new man. It was her decision this time.

The film is also on spanish machismo, particularly in the world of the gypsies and there was one moment in the film when La Chana started to cry remembering why she had to stop dancing, wasn’t that difficult for you also? To find a way between going deeper but also to show respect

Yes, the question of the abuse and how much of it we show was a very difficult one. We had to find the balance, because it is not a film about abuse. Of course the abuse is a turning point , but for me it was much more important how she overcame this tragedy and her strength and not to make another victim movie, a film about abuse, I think it’s understood and you don’t need to go into detail, we just decided to keep it as subtle as possible so that she would not have any problems because it was the first time she had spoken about this.